Nothing changes around here – a poem from ‘Same Boat?’

This poem by Matt Sowerby and Penny Walters comes from 'Same Boat? Poems on poverty and lockdown', an anthology to be published by Church Action on Poverty on 15 October 2020. 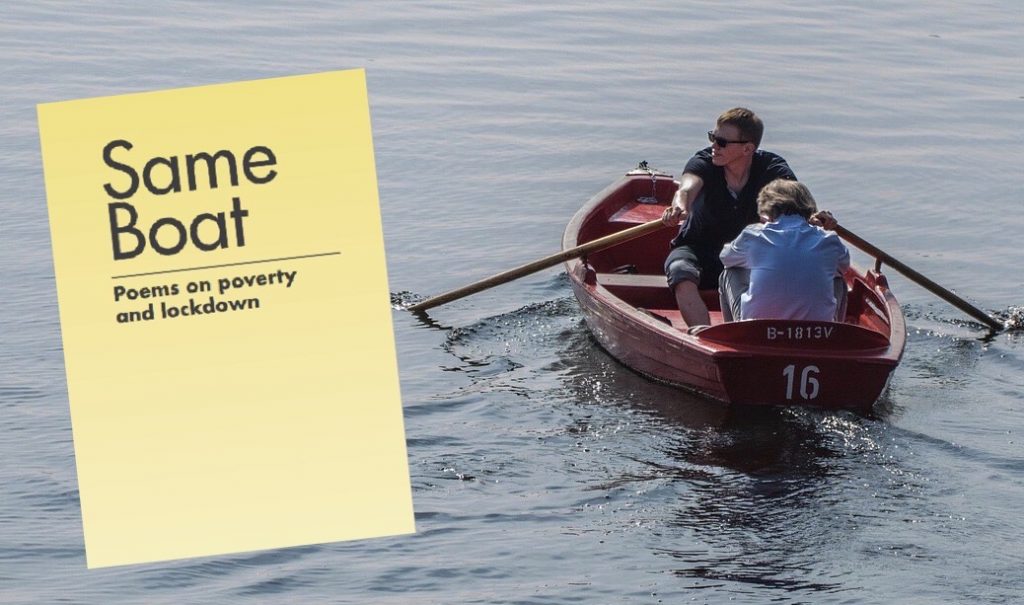 We look out for one another, or some of us do.
The older community that has been here since here began,
when the Victorians slums were ripped out,
and the people in them. Faces change – Russian, Zimbabwean,
they keep themselves to themselves mostly.
Here, we have our own microclimate.
The jobs have been gone so long that unemployment
is almost part of the culture. These are people who spit
the name of Mike Ashley but would kill for a season ticket.
There is something wrong about the children.
And then there are others. Those same ones you saw
collecting on matchday. Doing deliveries
from the grangermarket, working down the pantry,
Vinny’s, pay what you feel, love. Gobshites with a cause.
Mamma P, who should be home but is shopping for her neighbours.
These people are splitting deliveries between
houses.They don’t shout about it.

In the background, Erskine’s wall rises up,
a limping promise, a tropical bird on the roadside.

this poem is based on real experiences of living on the Byker Estate. The estate is instantly recognisable from its brightly coloured early 1970s buildings, which replaced Victorian slums which had been condemned unfit for human habitation almost three decades before. Byker Wall was designed by the socialist architect Ralph Erskine, based on consultations with the area’s residence. However, following completion, fewer than 20% of original residents were housed at Byker Wall. Like many inner-city urban housing areas, Byker experiences high levels of poverty. This poem is a tribute to the residents of Byker who were working to support their neighbours long before lockdown began.