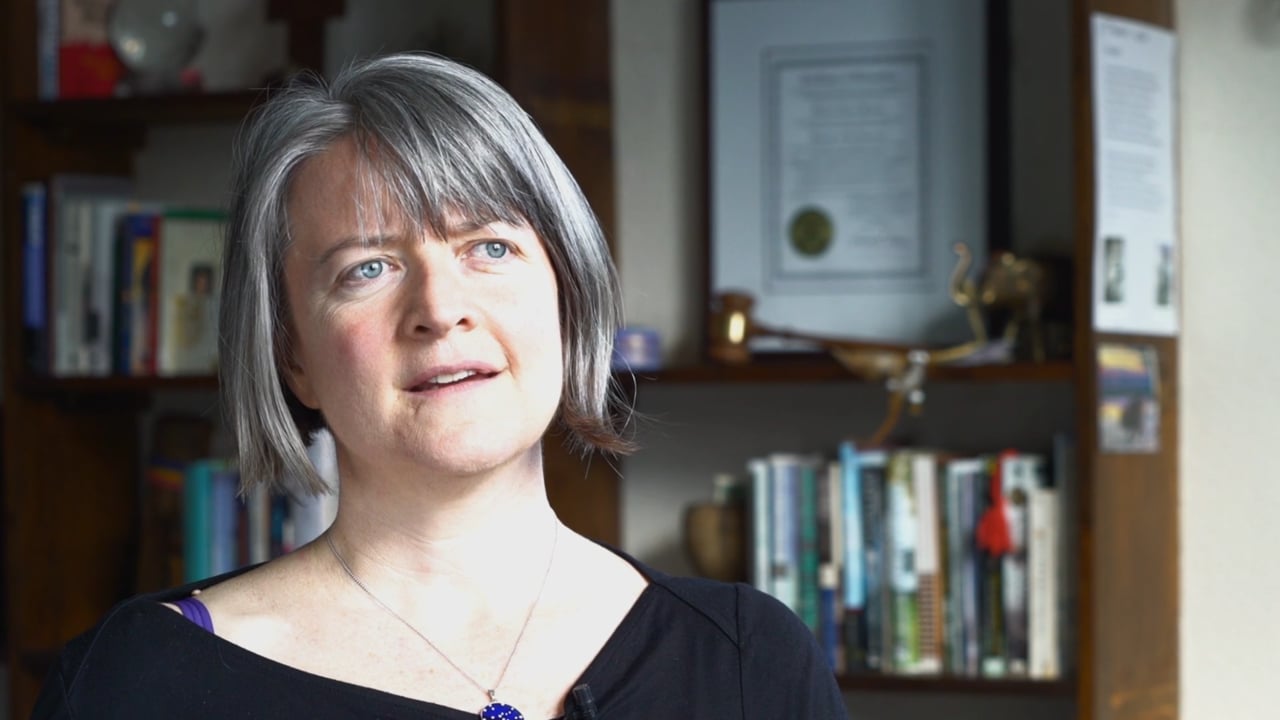 At our National Poverty Consultation in November, Revd Deirdre Brower Latz was on our panel for a fascinating discussion about churches, poverty, and the idea of a ‘church of the poor’. We asked her to summarise some of what she said there.

I’m preoccupied by questions about the church’s action on poverty. In my roles, and where I live, I’m confronted by the way power works – including in church. I wrestle with how people access speaking, talking, and power; how they’re involved in shaping the future they’ll experience. So, how to hear and include, read and understand, enable and respond (and how not to), are front and centre for the church as we wrestle with poverty and its attached issues.
So, I made a list (it’s longer than this – if you’re interested, I’m happy to go further!):

The challenge of ‘church’ conversations

In settings where urban poverty is daily, ordinary, reality (nothing exotic, just lived-with), the time and opportunity to think, prophetically speak, rage-against, or weep about life is almost a luxury. When you’re living moment-to-moment, working hard to keep the lights on, the injustices of poverty and how you’re wrapped in it are just THERE. So, the role of the church in creating spaces for thinking, speaking, gnashing, lamenting, raging, expressing fury and pain – as well as being communities that enable people from poor communities to take charge of their own aspiration – is crucial.

What does it mean to be church? It means helping the declarations of Luke 4 be realised. Freedom. Healing. Good news.

The challenge of radical support

Of course, this meaning-making together implies the church needs to gather. How’s that possible in a gig economy, shift work, poorly paid jobs demanding all the hours God sends? We’re talking about real distribution of goods, wealth, food and time here – so we shape communities where people are not effectively economic slaves. We declare, prophetically, ‘freedom,’ and act accordingly. That takes sacrifice, time, graft and a radical rethink of economic individualism. We ensure that no one in our community goes hungry. This is a call to radical community as seen in Acts 2 and other places.
But, there’s the question of who decides the way we speak when we do gather? A challenge to the church is that the rules of engagement almost always have been settled somewhere else. There’s an assumed procedure and tone of voice for decision making: a ‘normal’ way of speaking, listening, communicating truth. There’s an assumed key for singing, and type of song (hymns, anyone? Soft rock?).

The values-in-ascendancy in a lot of churches seem to be largely co-equivalent to being middle-class. Niceness rules. What if it doesn’t?

What if we’re allowed to be passionate in communication in a whole different order? What if jokes are different? The anger is different? The honesty is different? The rhythm is different? What if the cultural navigation is mutual – and the middle-class congregant with the working-class vicar has to learn a mode of speech that’s not just, well, middle class? What if the intrinsic worth of the PERSON communicating, or worshipping, or preaching, or praying, or making a point in a church meeting, is allowed to trump the way communication is occurring? What if we find modes and mechanisms for talking to each other about how to address and vanquish the calamity of poverty that transcend class and educational background or economic standard? This takes us into the book of James.

The challenge of how to see the world differently

To see the good things in places and amongst people of poverty. Reframing our line-of-sight so we spy the things God already does in communities amongst people experiencing poverty. The people of God amplify grace and speak it aloud. The church aligned with God-stuff: we see inherent worth in people– and where lives nudge people towards love-whose-name-is-God, we name it. So, we speak life and not death over places of poverty. We name the false gods we see. We support the leaning towards life that looks like aspiration. A bit like Acts 17.
For me, one of the challenges then, is for the theological life of the people of God, the church, to be crafted into a hopeful framework that enables transformation from poverty to wholeness. So we enhance the attributes of people skilled at crafting-life while poor, and help God’s people to learn to craft justice in opposition to those places where poverty brings death.

Revd Deirdre Brower Latz has pastored churches in urban Bristol and Manchester and is a lecturer in Pastoral and Social Theology at the Nazarene Theological College in Manchester. She is interested in issues of justice and transformation, urban realities and practices – all joined with an intense love of learning and theology.
She will be one of the speakers at the ‘Forgotten People, Forgotten Places’ conference in which Church Action on Poverty is a partner this summer.