In this guest blog, Natalie Williams of Jubilee+ shares some of the ideas from her new book. 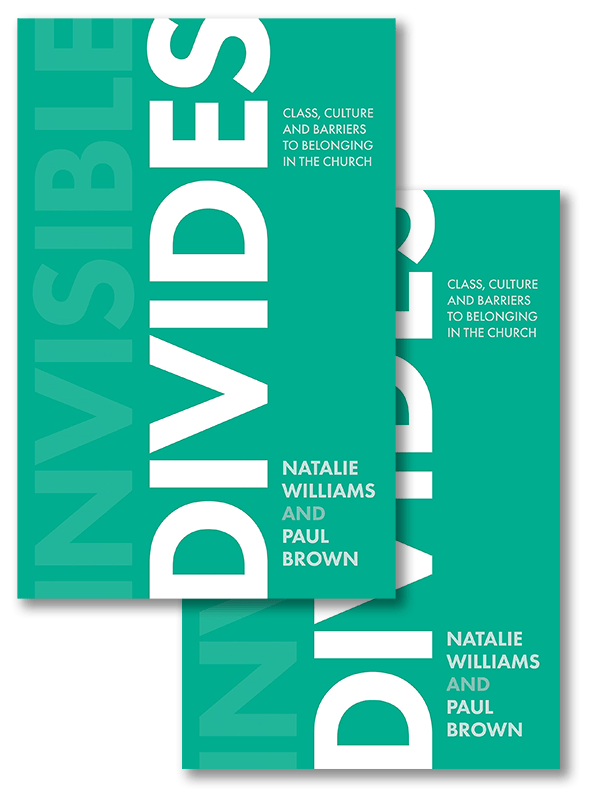 When I was a little kid, we lived on the 16th floor in a block of council flats in a notoriously deprived part of town. If anyone had told me back then that I’d one day be leading a national charity and writing and speaking about poverty and class in the UK, I wouldn’t have laughed, but I wouldn’t have got it. It’s not that I wouldn’t have believed it was possible, I just wouldn’t have understood why I’d want to do that.

I grew up in a working-class family in Hastings, a deprived town on the southeast coast, which a national newspaper once called “Hell-on-Sea”. (Don’t believe everything you read – it’s actually very nice.) At various points in my childhood, we were in relative poverty. I didn’t really understand poverty or class as an issue until I became a Christian when I was 15.

One of the first things that changed was my aspirations. I didn’t realise until I came to faith in Jesus that I’d had a very narrow view of how my life would pan out. Suddenly I was learning about the Bible, and worship, and church, but also that I was made in the image of God and my life is actually about things a lot bigger than me.

Some of the first barriers God broke down in my life were to do with possibilities. I found myself with new hopes and dreams. I also found that I didn’t really fit in with most of the people around me: I became a Christian in a majority middle-class church and quickly realised there were huge cultural differences between us to do with our values and habits connected with things like money, hospitality, communication. Even the things that motivate us seemed to be at odds.

Class is still an issue in churches across the UK today. Across denominations and groups, most of our churches are very middle-class. This matters because most people in the nation still identify themselves as working-class – 60 per cent, a statistic that hasn’t changed for 40 years. That’s why Paul Brown and I wrote Invisible Divides: Class, culture, and barriers to belonging in the Church (published by SPCK last month). We hope that by shining a spotlight on some of the differences between us, we can find greater unity across classes in the church.

In my work for Jubilee+, a Christian charity that equips churches in the UK to change the lives of those in poverty in their communities, we’ve observed over the last decade or so how energetically churches have risen to the increasing needs around us. Food banks, debt centres, night shelters, befriending activities – projects have multiplied and many people have been helped at their time of crisis.

But often, when people have come through projects into church, they find that most people there aren’t like them. As friendly and welcoming as the church members may be, if you notice a lot of differences between you and the majority, it’s hard to feel you belong. Paul and I hope that in some small way, our new book might help to bridge some of the ‘invisible divides’, so that instead of trying to become like the people around us, we can all help each other to become more and more like Jesus.

Join us on the journey
Resources