The 2022 Dignity, Agency, Power calendar include stories from today and from previous inspiring campaigns in the movement to end poverty. Here, we look at the Tax Justice Tour. 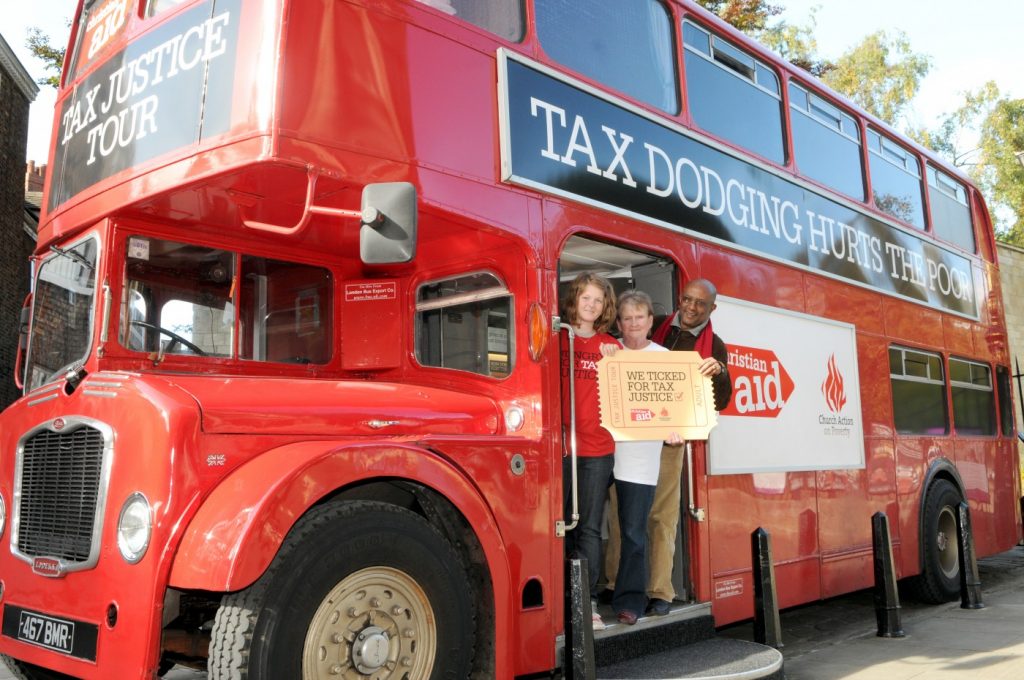 In 2012, Church Action on Poverty and Christian Aid took a double-decker Tax Justice Bus around the UK on a 53-day tour,
visiting 109 towns and cities.

Campaigners spoke to politicians, campaign groups, church leaders and the media, inspiring people to speak up and mobilising support.

This campaign and others paid off in summer 2021, when the G7 leaders agreed that multinational companies must pay at least 15% tax on profits in countries where they operate – a big step towards tax justice.

The tour generated nearly 500 pieces of media coverage, and dozens of MPs boarded the bus when it reached their constituency, to learn more about the issues.

At the end of the tour, a petition with 10,000 signatures was presented to Prime Minister David Cameron. 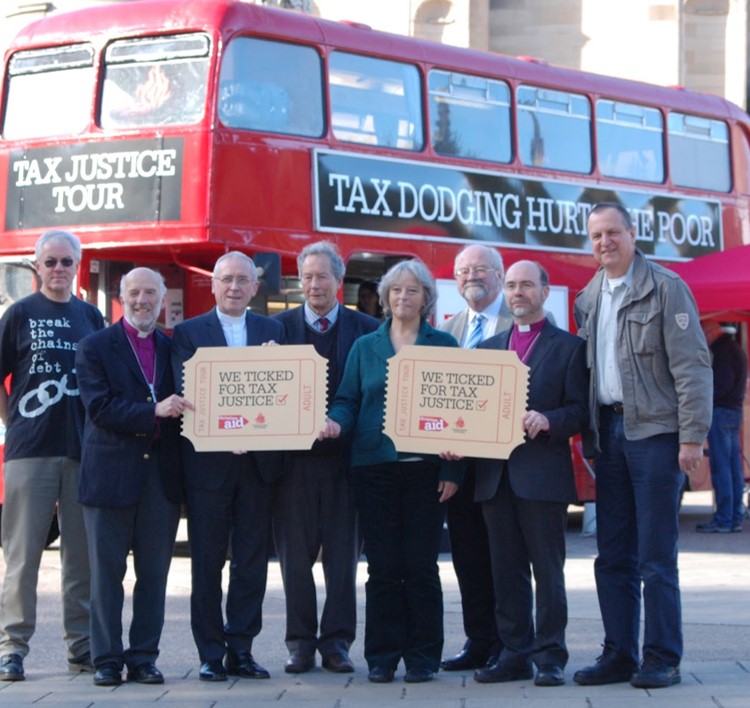 In 2021, the campaign and similar ones paid off, when finance ministers from G7 countries reached a deal to ensure multinational companies pay at least 15% tax on profits in the countries where they operate.

Stories of hope and inspiration for 2022

Join us on the journey
Opinion