We are stronger together

Sarah McLoughlin of Nesta explains why they are funding and supporting Church Action on Poverty's Self-Reliant Groups (SRG) programme.

Poverty destroys lives and communities and we have to find a way to eradicate it for good. The SRG movement is one of the most exciting, asset-based programmes that has emerged in the community development sector in the past few years and has the potential to radically improve the lives of many more people and move them from a life of poverty to a life full of possibilities. 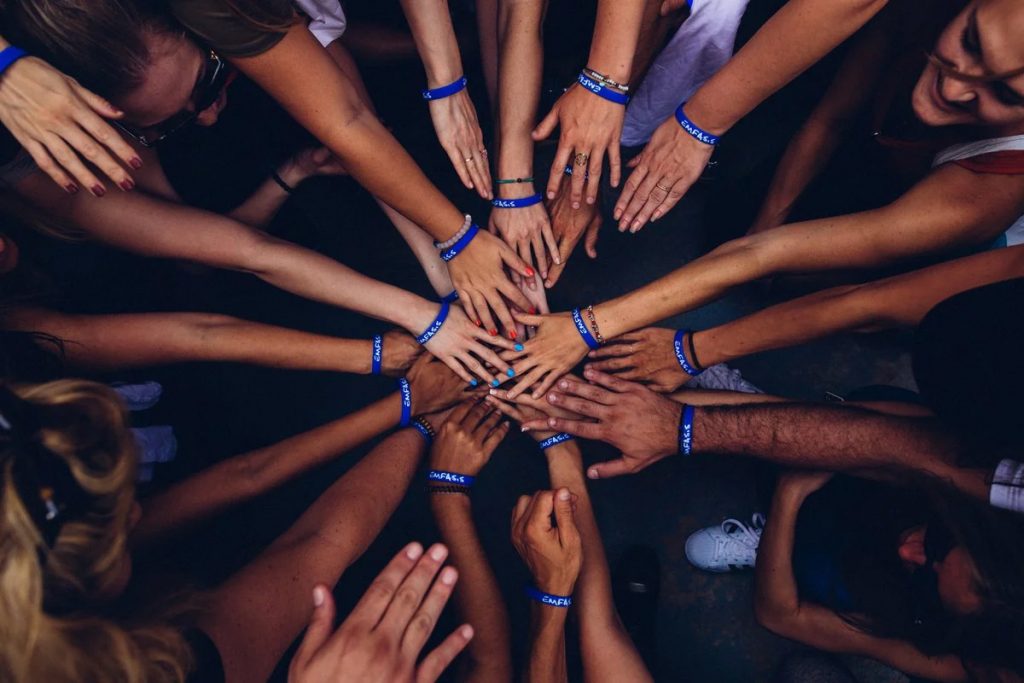 The state of poverty in the UK

Over the past decade, the ongoing effects of the financial crisis, radical cuts to public services, benefits reform and the rise in low-paid and unstable work, have left many people unable to cope. There have been multiple reports recently demonstrating a dramatic increase in poverty, including recent statistics from the DWP which highlight the particular impact of stagnating household incomes. Projections by the Institute for Fiscal Studies suggest that 5.2 million children will be living in poverty by 2020-21. To be really clear on that last statistic, that’s potentially 37% of all children living in one of the wealthiest countries in modern times, that could be going hungry, living in unsafe and unstable homes, and without adequate clothing. Are we going to let this happen?

Poverty is generally understood to describe someone who is unable to meet their day-to-day needs. The Joseph Rowntree Foundation (JRF), who lead on a lot of the work in the UK to reduce poverty, describe poverty as “when a person’s resources are well below their minimum needs, including the need to take part in society.” In 2008, JRF published the Minimum Income Standard (MIS) – the benchmark of minimum needs based on what goods and services members of the public think are required for an adequate standard of living. This includes three levels of poverty, all demonstrating the every increasing impacts of poverty on those affected. Where income falls below the MIS, getting by is possible but under pressure and families find it difficult to manage unexpected costs and events. As income lowers, families fall substantially short of a decent standard of living which can lead to destitution, where families can’t afford to eat, keep clean or stay dry and warm.

The causes of poverty are complex and multi-layered, often involving systems and services which are slow to change. While there is a rising voice within communities and public services to change those systems and redesign the welfare state, with much of the public sector in a state of crisis and the government and political landscape mired by ongoing challenges, it’s doubtful that any systematic improvements will have an immediate, direct effect on those individuals facing the stresses of living in poverty on a day to day basis.

Unsurprisingly, frustrations over the lack of control many people feel they have over their own circumstances can lead to feelings of despondency for those facing the impacts of poverty. However, through my own work and commitment to this field, I have come across many examples of solutions out there that put people in the driving seat of improving their own lives and taking back some of the control that has been taken away by a patriarchal system focused on doing to, not doing with.

One exciting approach that provides the potential for people to help themselves out of poverty is a Self-Reliant Group (SRG).

SRGs are small groups of people (4 to 10) who come from a shared economic and/or social background to support each other and develop friendships. They meet regularly and agree to start saving, rotating leadership and responsibility, learning together and sharing skills. Many of them start a small business which, in time, will help them earn an income to support themselves and their families.

The regular meeting of the group develops a sense of purpose and ownership among members from the onset. Members can rely on each other and are encouraged to offer peer support and development opportunities, further enhancing a shared responsibility and accountability within the group. Through the SRG way of working, group members believe that helping themselves, each other and together creating opportunities for change and enterprise in their local communities, is the best way forward. 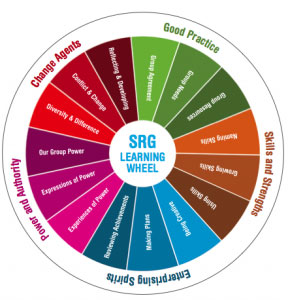 The SRG model is well tested – having foundations in the Self Help Group (SHG) movement in India which was founded in the 1970s, and is now a national movement where it is transforming rural and urban communities with thousands of active groups. The Times of India recently highlighted that

“The Social capital of SHGs could be an asset for solving various social issues in India e.g. gender based discrimination, dowry system, casteism etc.”

The SRG movement in the UK was sparked by a Church of Scotland initiative called Passage from India (now WEvolution) in 2011 when 13 women from across the UK visited established SHGs in India. The SHG model was then adapted to the UK, becoming SRGs. Over the last 5 years there has been some exciting growth of the SRG model throughout Scotland, and with partners in England, Wales and elsewhere (helped in part by funding from Nesta and DCMS). There are now 90 emerging and operational SRGs UK wide. The success of this growing movement has led to an interest in the way SRGs can be supported to address a range of social and economic issues.

Among the established SRGs there are some inspiring examples of people improving the economic circumstances of themselves and their communities such as:

In addition to these examples, WEvolution have also established their own group of SRG members who are challenging the benefits system head-on, called the Stand Proud Forum. The Stand Proud Form – a collective of SRG members – have started putting their agenda of change and action together. Part of this will include mobilising similar collectives across other regions and partnerships, launching a campaign and interacting with policymakers around a ‘tiny but powerful change’ around SRGs and self-employment.

The main SRG partners in the UK are:

On the potential benefits of the SRGs, Niall Cooper, Director at Church Action on Poverty said:

“I would emphasise at least as strongly the fact that SRGs improve people’s social circumstances as well as economic ones. In sustainable livelihood terms, SRGs boost peoples own personal assets of self-confidence, capacity and agency, and significantly increase social assets/capital through the common bond of the SRG and the sense of being part of a wider movement. In anti-poverty terms, this can be hugely empowering and transformative.”

Church Action on Poverty’s work on Self-Reliant Groups is supported by a grant from Nesta.

Self-Reliant Group Facilitator, Laura Walton, reflects on freedom, anxiety and the lifting of lockdown restrictions. How did you spend your Super Saturday? Doing what you’ve …
News Resources

On 3 June, we gathered theologians, writers and ministers to reflect on what the church’s role should be in ‘building back better’ after the pandemic.
News

Gathering on the Margins – 2 June

In this week’s gathering we discussed how the Coronavirus crisis has impacted the lives of children and young people. We have these gatherings every Tuesday … 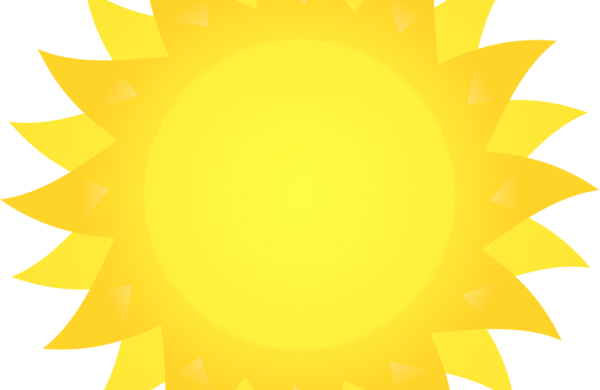 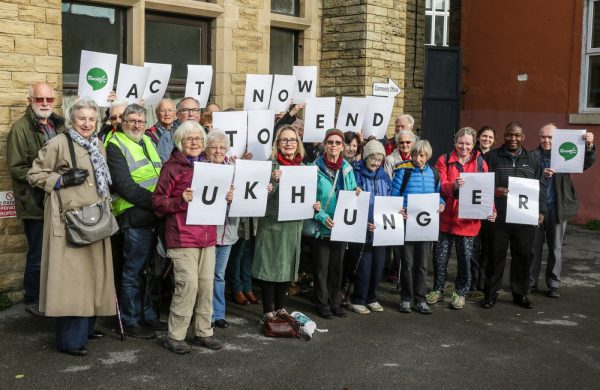 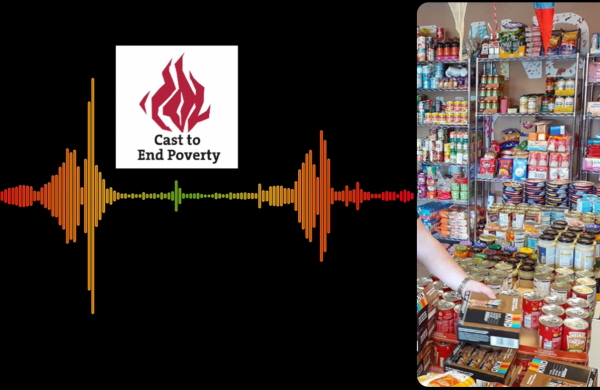